To chew the fat

Meaning
To make small talk or gossip; to engage in idle chatter.
Origin 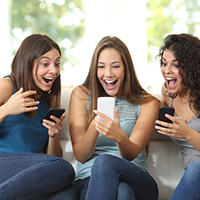 This idiom is quite old fashioned and was used in the early 20th century. In literature, J Brunlees Patterson’s book Life in the Ranks of the British Army in India, uses the phrase to describe the complaining of the junior officers, who complained more out of boredom than out of any real problems. Patterson also uses the term ‘chew the rag’, having the same meaning. He writes: “…whistling, singing, arguing the point, chewing the rag, or fat, or other voluble and noisy inflictions…”. Another possible military-related origination of the idiom is that years ago, before bullet cartridges were made of metal, they were made up of paper or cloth greased with animal fat, which had to be bitten off. Soldiers would chew on these to pass the time, or as a replacement for chewing tobacco.

Another unsubstantiated theory for the origin of the phrase suggests that it might come from the practice of chatting while chewing on the leftover fat and scraps after a meal. Another theory alludes to sailors chewing salted beef or pork fat on board the ship deck, whilst they complained about their troubles.
Examples

I am looking forward to chewing the fat with my old school friends at our reunion next month.

I sat in the pub with Jack all evening and chewed the fat.

Jimmy Kimmel is popular for chewing the fat with his guests on his television talk show. Just last week he spoke to the actress Sophie Turner from Game of Thrones!