Until You Are Blue in the Face: Origin and Meaning

Meaning
Used for saying that there is no use in trying to persuade someone to do something because you will not succeed.
Origin 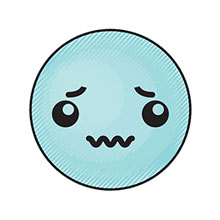 Imagine you have a child who never cleans his room. You ask them once, you ask them twice but nothing and you start getting more and more annoyed…. A couple of days later you try again, but this time you raise your voice, and eventually shout! But it is all in vain. Your child refuses to clean his room, and you’ve wasted all you efforts and actually got no results! You can tell them to clean their room till you’re blue in the face, but they will just refuse to do it!

The origins of this idiom are quite vague, however, as it alludes to the changes in colour in the face resulting from lack of oxygen or extreme physical effort, it is therefore presumed that the phrase originated in the USA around the 1970s, and was most likely linked to the context of sports. It eventually lost its original connotation around the 1980s, when it acquired its more popular idiomatic meaning.
Examples
You can ask me to go to the party till you’re blue in the face, but I simply won’t allow it.

He can write me letters till he’s blue in the face, I ain’t going to reply.

My boss tried to convince me to stay until she was blue in the face, but frankly, I fancied a change.
人気記事
StartNEXTPREVEnd