Face the Music: Origin and Meaning

Meaning
To accept criticism or punishment for something you have done wrong.
Origin 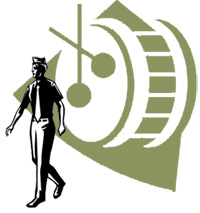 It is thought that this idiom originated in the mid-1800s in America, although the exact origin is unknown. The most common theory is that it comes from the military – when soldiers did something wrong and had to be dismissed from the army, a ceremony took place where the disgraced soldier had to march past his fellow soldiers while being ‘drummed out’. It is thought that the sound of the drums (the ‘music’) is linked to the soldier accepting punishment for what he had done wrong.
Examples
“I can’t believe you broke the TV. There’s no point running away now – you better wait until Jack gets home and face the music.”

“Sarah, come out and face the music! Your dad knows you failed the exam and he wants to talk to you.”

Brian: “I didn’t do my homework again last night. I’m in so much trouble!”
Julia: “Well it’s your fault. You shouldn’t have gone to that party.”
Brian: “I know, I know. Right, time to face the music. Wish me luck.”