At the Drop of a Hat: Origin and Meaning

Meaning
Suddenly, for no clear reason, without planning
Origin 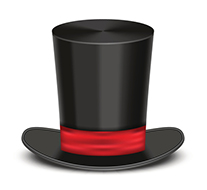 This idiom comes from a time before we used guns to signal the start of a race or competition. Before the invention of the starting pistol, a cap was used to signal that the race was beginning. The cap was swung down in a swift motion.

The earliest reference to caps being used is from 1837:


“They could agree in the twinkling of an eye – at the drop of a hat – at the crook of a finger to usurp the sovereign power”.


No one really knows when the use of the starting pistol started to become popular, but we do know that the ancient Greeks and Romans used gates to start races.