A Dry Run: Origin and Meaning

Meaning
A test of your systems, particularly for machinery, without any actual work being done. It could also be a rehearsal of any kind of activity, such as a play or presentation, that won’t be seen by the final audience.
Origin 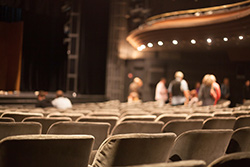 The phrase has been used by the US army since at least the 1930s to describe shooting practise where no bullets or explosive is used. Some people think that the phrase originally came from fire services, which would do tests of their equipment without using any water, which was thus called a dry run.

Examples
– “I think we should do a dry run of the evacuation plan before we actually have to do it in reality.”

Q- “So is this the final version of your speech?”
A- “Actually, I was wondering if I could do a dry run for you, just to see how long it takes, and if I ne to change anything”