Over the Top: Origin and Meaning

Meaning
Too much; to an excessive degree; beyond reasonable or acceptable limits.
Origin 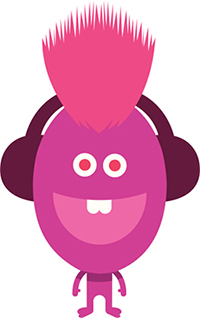 In the First World War the phrase was used by the British to describe the soldiers coming out from the safety of their trenches (big holes dug in the ground to hide) to attack the enemy across open ground (also known as “No Man’s Land”). An early example of that in print is from a 1916 edition of War Illustrated:

“Some fellows asked our captain when we were going over the top.”

More recently, with reference to the WWI usage, the phrase has come to describe excessive or foolhardy (stupid) actions. This use originated not long after the war and the earliest record of it is in Lincoln Steffens’ Letters, 1935:

“I had come to regard the New Capitalism as an experiment till, in 1929, the whole thing went over the top and slid down to an utter collapse.”

Since the 1980s, the phrase is often shortened to OTT.
Examples
– The comedy sketch was so over-the-top that most of the audience was embarrassed.

– To blame one person for the collapse of the business seems way over-the-top.

– I listened to her speech, and some of her language was just over-the-top.

– He always has a funky hair style, but I think purple spiky hair is a bit OTT.
StartNEXTPREVEnd