Learn Something by Heart: Origin and Meaning 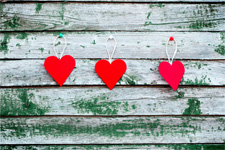 It may seem strange that this phrase credits the ability to remember to the heart instead of to the brain. However, it all goes back to the Ancient Greeks – they believed that the heart was the home of not only emotion, but also of intelligence and memory. This belief was passed on for centuries and led to the creation of the idiom “to learn something by heart” which was commonly used by the 1300s, when the English writer Chaucer recorded the phrase in his play Troilus and Cressida. Nowadays, students often learn the multiplication tables by heart at school to help their maths, or actors learn their lines by heart in order to perform for an audience.
Examples
Aunt Rose: “Would you like to play us something on the piano? I remember you could play very well when you were a child.”
Anna: “Well, I haven’t played in ages, but I should still remember a few of the pieces I learnt by heart.”

Finn:“The other day I lost my phone and I realised I had lost everyone’s contact details as well: I didn’t even know the phone numbers of my girlfriend or my parents.”
Jake:“What a nightmare! I think it’s a good idea to learn the important telephone numbers by heart, just in case.”

May: “Would you like to come out on Saturday? We’re going to a karaoke bar!”
Rachel: “Fantastic! I’ve learnt the words to all of Bon Jovi’s songs by heart – I can’t wait to sing for everyone!”
StartNEXTPREVEnd