Wear Your Heart on Your Sleeve: Origin and Meaning

Meaning
To show your emotions openly; not to try to hide your feelings (especially regarding love)
Origin 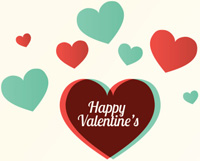 This phrase originates from a tradition of the King’s Court during the medieval period, when knights would fight on horseback, jousting with a type of long sword called a lance. If a knight chose to joust in order to defend the honour of the woman he loved, then he would show his loyalty to her by tying a handkerchief in her “colours” around his arm on the sleeve of his shirt or tunic. This explains the meaning of the phrase today – the idea of metaphorically showing the “heart” or emotions in a place as visible as a sleeve means that this person displays their emotions truthfully.

The phrase was used by Shakespeare in 1604 in the play Othello. The Character Iago says “I will wear my heart upon my sleeve…” Unfortunately in the play Iago is not a trustworthy character: he is only pretending to show Othello his true emotions. However, usually we can trust a person who wears their heart on their sleeve as they show their true feelings and react honestly in any given situation.
Examples
Jenny: “Who was your favourite athlete when you were a child?”
Jack: “When I was younger, I was a big fan of the tennis player John McEnroe –he was often criticised for shouting at the umpire in frustration or getting really excited when he won – but I like the fact that he wore his heart on his sleeve!”

Dave: “I can’t believe you told Karen that you’re falling in love with her – you’ve only been out together on two dates!”
Matt: “Well, I can’t hide my feelings; I’ve always been the kind of guy who wears his heart on his sleeve…”

If you want to be a good card player you can’t wear your heart on your sleeve – you need to hide however you’re feeling and perfect your poker face!
人気記事
StartNEXTPREVEnd