Break the Ice: Origin and Meaning

Meaning
To create a more friendly and relaxed atmosphere. This is often used to describe the first phrase or joke that breaks the cold, awkward feeling when people meet for the first time. This phrase or joke might be called an “ice breaker”.
Origin 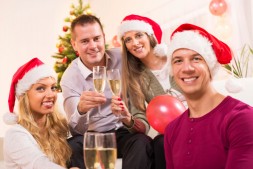 It is thought that this phrase was made popular by the “ice-breaker” ships, which were designed in the 1800s to sail through the icy water of the North and South Poles. The ships had a strong outer hull and powerful engine, so they could break large pieces of ice into smaller pieces in order to sail through without difficulty. Similarly, when someone breaks the ice in a formal social situation, they might use an “ice breaker” – a phrase, anecdote or joke – to make the situation more light-hearted and comfortable. However, there is evidence that the phrase “break the ice” was used as early as the 16th Century; Shakespeare used the phrase in his play “The Taming of the Shrew”, with Tranio advising Petruchio to “break the ice” with the cold, headstrong Katherine. Later in 1678, the phrase was again used in a poem by Samuel Butler: “At last broken silence, and the ice.”
Examples
“Maria always felt nervous before giving a speech in front of a large audience, but this time she broke the ice by making a funny joke.”

“When you meet people for the first time, giving them a warm smile can always help you to break the ice.”