Meaning
To abruptly or suddenly give up a habit or a certain practice.
Origin 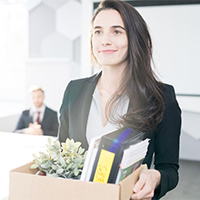 Turkeys are popular in the American consciousness, with its historical links to European colonists and Thanksgiving celebrations. The phrase, meaning “suddenly” or “without preparation”, relies on the country’s associations with the turkey and is recorded in the Historical Dictionary of American Slang as originating in 1910, where the speaker of the phrase lost $5,000 “cold turkey”, meaning they lost it outright. The idiom could have been a combination of “cold” meaning “straightforward”, and the American phrase “talk turkey” from the 1800s, which means to speak plainly (perhaps originating from the fowl trade between the Native Americans and the colonists).

About a decade later, a newspaper in British Columbia, mentioned “cold turkey” as a “treatment”: “Perhaps the most pitiful figures who have appeared before Dr. Carleton Simon … that are given what is called the ‘cold turkey’ treatment.” The meaning could be then be from the withdrawal symptoms (the treatment) of an addict – clamminess, cold sweat, goose bumps – comparable to a cold turkey carcass. The San Francisco Chronicle made a further attempt to explain this meaning when in 1978 they published: “It derives from the hideous combination of goosepimples … [and] ‘the cold burn’ that addicts suffer as they kick the habit.” More recently, in the book Cop Speak: The Lingo of Law Enforcement and Crime (1996), the author elucidates: “…the term may derive from the cold, clammy feel of the skin during withdrawal, like a turkey that has been refrigerated.”

Another possible explanation is that it describes cold turkey, a dish which is also made without much preparation, but there is little evidence to support this.
Examples

My chocolate addiction had been getting out of hand, so I decided to go cold turkey and give up all sweets.

I had been spending all my time on social media, so I went cold turkey and deleted all the apps from my phone.

The employees quit cold turkey, leaving the interns to complete the project.