The Proof Is In the Pudding: Origin and Meaning

Meaning
This idiom means that you can’t judge something before you’ve tried it – or, in relation to a new product or an idea, you won’t know whether it is a success until you’ve used it.
Put simply, you have to try something in order to know whether it’s good or not…just like Christmas pudding!
Origin 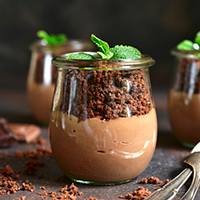 Its original form – ‘”Jt is ywrite that euery thing Hymself sheweth in the tastyng”, was first used in the fourteenth century. In modern day English, this translates roughly to ‘It is true that everything reveals itself in the tasting’.
It was later used in 1605 in a form more similar to today’s version in a book called ‘Remaines of a Greater Worke, Concerning Britaine’ by William Camden, in which he states, “All the proofe of a pudding, is in the eating”.
Another version of the idiom is found in a book by Nicolas Boileau-Despréaux, which was written between 1672 and 1674. In this book the idiom is written as “The proof of th’ pudding’s seen i’ the eating.”
This third version probably developed into the shorter modern day form in the 1920’s. From the 1950’s onwards it was commonly used in the UK and the USA.
Examples
Employee 1: What do you think about the manager’s claim that this new business plan will help customers and employees?
Employee 2: Hmmm, I’m not sure…What do you think?
Employee 1: I think it’s rubbish!
Employee 2: Come on, don’t be too fast to judge, let’s give it a go. The proof is always in the pudding!

James: Wow, this cocktail looks amazing!
Sarah: Well, you know what they say, ‘the proof is in the pudding’ so you’d better taste it!

Sarah: I absolutely love my new phone!
James: But you haven’t even taken it out of the box yet!! The proof is in the pudding you know!
Sarah: I don’t care whether it works or not, I just love it!
人気記事
StartNEXTPREVEnd