Elvis Has Left the Building: Origin and Meaning

Meaning
Something has come to an end. It’s all over.
Origin 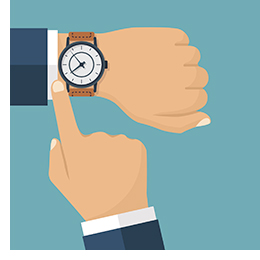 This comes from the announcements that used to be made at the end of the musician Elvis’ concerts in order to get fans to leave the arena – they refused to leave unless they heard this! Now we use this term anytime an event has ended.

Elvis Presley had millions of fans who enjoyed listening to him sing and perform. Once he had finished performing, this announcement was used to disperse crowds after his concerts. If they did not do this people would stay in the building in hopes of seeing an encore. Apparently, Horace Lee Logan is the first man who used the phrase in 1956. Elvis had finished performing and there were more artists to come, but the crowd left their seats to see Elvis leaving the building, so he announced that there is no point in staring at the exit, as Elvis had left the building already. Today, this phrase is used to mean that something has reached completion, or has ended. We usually use this in a funny way with friends.
Examples
1. What are you waiting for? Everyone go home! Elvis has left the building!

2. Why has Elvis left the building so soon? The show was supposed to end at 11PM.

3. I think we’re too late. – Elvis has left the building.