Never/Not in a Month of Sundays: Origin and Meaning

Meaning
Something that is unlikely to or never happen.
Origin 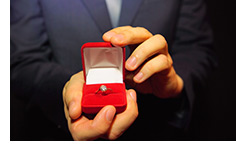 What exactly is a month of Sundays? If we do the maths, there are 52 weeks a year and therefore 52 Sundays, which is way above the 30 mentioned in this idiom. So where does the meaning derive from? Some believe that it comes from Western religion, when the Sabath or Sundays were days of rest, prayer and no indulgence or pleasure.
However, what might be considered a custom to some, could be regarded as very boring and interminably long to others, and this is probably where this idiomatic expression derives from.

Over time, the idiom has lost its religious connotations, but is still used to describe events that you will never want to do or happen, with a strong feeling of never..
Examples
He’s never gonna pass his driving test in a month of Sundays!

Never in a month of Sundays would I have though that he’d propose!

I will never eat liver…… not in a month of Sundays!