Off One’s Rocker: Origin and Meaning

Meaning
To be unstable, insane, mad or strange.
Origin 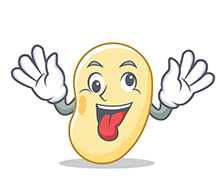 In the good old days, North American farm workers would relax sitting on a rocking chair (or rocker) swaying back and forth to the sound of a banjo. This was a common 19th century American leisure activity and allowed for families and neighbours to get together on a hot summer’s night, socialise, sing traditional songs and enjoy a cool beer or two, followed by someone inevitably falling off their rocker in a drunken stupor. This is where the meaning of off one’s rocker originally comes from to indicate that someone is (mentally) unstable, but nowadays it is used more to describe people who are a little bit crazy or strange.

In British English there are two variations of the same idiomatic expression. Even though off your rocker is still often used in spoken English today, we would be more inclined to use Off your nut or Off your trolley.

Examples
– I saw this man off his rocker talking to himself on the bus.

– A: What’s Beth up to these days?
– B: Well, she’s completely gone off her rocker and decided to give up her job, sell all her belongings and go travelling round the world for 2 years!
人気記事
StartNEXTPREVEnd