Beat Around the Bush: Origin and Meaning

Meaning
– To discuss a subject without getting to the main point
– Avoiding discussing something difficult or embarrassing
– Speak in a roundabout, indirect or misleading way
Origin 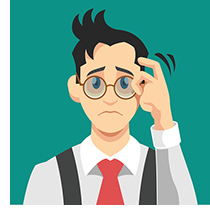 The origins of ‘beating around the bush” dates back to the early 15th century. In those days hunting was a popular sport and the rich hired men to flush out the birds that were hiding in the undergrowth, by beating the bushes with large sticks. The birds were so scared by the noise that they flew up into the air and therefore could be seen and captured by the huntsmen.

Today the idiom has moved away from its original meaning of being a preamble to the main event, to its current meaning of “to evade”, “to avoid” or “to speak in a roundabout way”.
Examples
– Politicians never give a straight answer. They always beat around the bush.

– Stop beating around the bush and tell me who you saw my boyfriend with!