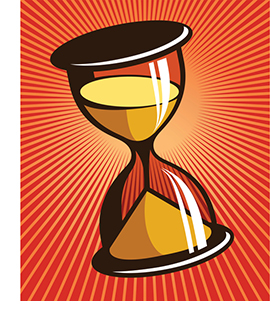 This idiom is not very old and dates back to 1960. It is used to talk about a period when the is pressure to succeed is high.
What is ‘the crunch’ exactly? Crunch isn’t commonly used as a noun, but it seems that the word was taken up by Winston Churchill, who was fond of using it to describe challenges; for example, he was reported in The Daily Telegraph as saying in 1939:
“Whether Spain will be allowed to find its way back to sanity and health … depends upon the general adjustment or outcome of the European crunch.”
Of course, Churchill was a widely reported and influential author and speaker and his use of language was much imitated. The phrase when it comes to the crunch directly followed from his earlier mode of speech.

– “The team had trained well, but at crunch time they just couldn’t perform.”
– “with only three minutes left in the game, it was definitely crunch time.”
StartNEXTPREVEnd