The Best Thing Since Sliced Bread: Origin and Meaning

Meaning
Something which is really good, maybe even better than it really is.
Origin 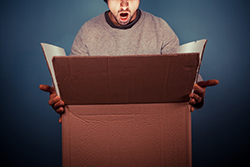 A loaf of bread that has been sliced with a machine and wrapped in plastic is a very convenient thing, but why does it mean something which is really good? Sliced bread was first sold in 1921 under the name Wonder Bread and the adverts for this new product said it was “the greatest forward step in the baking industry since bread was wrapped”. People thought this was funny so they began to use the phrase “the best since sliced bread” to mean something that is really good.