By the Skin of Your Teeth: Origin and Meaning

Meaning
In a single word, the idiom means ‘narrowly’ or ‘barely’ and it is commonly used to refer to a narrow escape from disaster or to imply that you succeeded in doing something but ‘only just’.
Origin 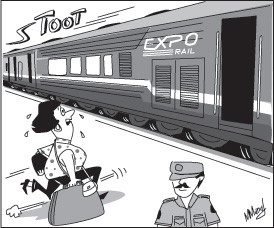 This idiom originally comes from the King James’ translation of the Bible, one of the biggest sources of English phrases and idioms after Shakespeare. In the Book of Job 19:20, Satan (the Devil) forces Job to undergo a number of hideous trials which go on until Job is finally rescued and released by God. Upon his release Job says, ‘My bone cleaveth to my skin and to my flesh, and I am escaped with the skin of my teeth’. In the Geneva Bible, the phrase is written as “I have escaped with the skinne of my tethe’, closer to today’s phrasing.

As teeth don’t have any skin, there has been much discussion regarding what exactly ‘the skin of your teeth’ is and many interpretations have been put forward. Some have claimed that ‘the skin’ is our gums; however, the most widely accepted theory is that it refers to the thin enamel coating on our teeth which protects them from damage. This theory suggests that when Job made this statement he meant that he escaped from the trials with his teeth still in his mouth but only just, maybe some of the enamel was lost in the process!

Examples
Jasmine: Did you see the 500 metre sprint last night?
Tom: Yeah, it was so close wasn’t it? Usain Bolt won by the skin of his teeth! That’s not his normal style!

James: Despite the huge traffic jams on the way to the statement, we made it to the train by the skin of our teeth!

Sarah: How did your driving test go?
Jack: Ha! I passed by the skin of my teeth!
Sarah: What do you mean?
Jack: Well, you need at least 30 points out of 40 to pass and I got exactly 30!