To Be On the Ball: Origin and Meaning

Meaning
If you’re on the ball it means that you’re very quick to understand certain things, very prepared for something or react quickly (and correctly) to a situation.
Origin 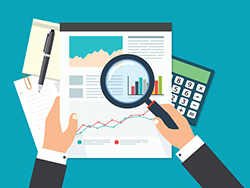 Whilst there are several theories floating around regarding the origins of the idiom “on the ball” there is one theory that has the highest likelihood of being correct, and this theory relates to the ball games, particularly baseball.

In the early 1900s, baseball pitchers would try to put special spins, curves, speeds and tricks on the ball to outwit the batter. A good pitcher always puts something on the ball, and the commentators and sports journalists of the time would note this. These sports commentators provide the first documented use of the phrase “on the ball”.

Examples
– The staff in that company are really on the ball and also get projects done on time.

– If you were on the ball, this wouldn’t have happened.
StartNEXTPREVEnd