Meaning
If someone goes doolally, they are behaving irrationally.
Origin 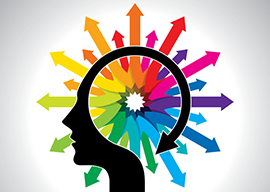 The spelling of dolally is fairly arbitrary and is seen as, ‘go doolally’, ‘go doo-lally’, ‘go doolali’ etc. This arbitrariness is due to it being an Anglicised version of an Indian place name rather than any English word.
The term is British Army slang, from the Deolali sanatorium, Marashtra, India and is first cited in Fraser & Gibbons’, Soldier & Sailor Words, 1925:

“Time-expired men sent to Deolalie from their different units might have to wait for months before a troop-ship fetched them home… The well-known saying among soldiers when speaking of a man who does queer things, ‘Oh, he’s got the Doo-lally tap,’ originated, I think, in the peculiar way men behaved owing to the boredom of that camp.”

The idiom is quite archaic now, even in its ‘go Dolally’ form. The tap is now rarely heard, but hasn’t quite died out of everyday use. Francis Marion Crawford, in his Mr. Isaacs, 1882, makes the meaning of the word clear:

“Unless I feared the tap, the bad kind of fever which infects all the country at the base of the hills.”