Egg Someone On: Origin and Meaning

Meaning
To encourage or urge someone to do something or behave in a way that is unwise or unusual.
Origin 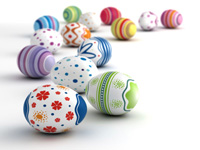 This phrase actually has nothing to do with the eggs that you can buy in the supermarket. The “egg” of “egg on” is really a variant of to “edge on”, as both “egg” and “edge” share the root word “eddja”, which in Old Norse (the language of the Vikings) means to incite or push someone to do something. “Egg” as a verb has been used since around the 13th century, when it first appeared in a translation of Homer’s poetry as “eggede”. Later, in 1566, it appeared in a translation of Horace’s poetry into old English, “Ile egge them on to speake some thing, whiche spoken may repent them” (I’ll egg them on to say something, which they will soon regret).
Examples
Mother: “Why on earth did our son steal sweets from the supermarket?”
Dad: “Well, he told me that his friends were egging him on, so he thought it was just a fun game – he didn’t for one second imagine that the security guard would stop him.”

Some teenagers might be egged on to drink alcohol or smoke by their classmates and friends. This phenomenon is known as peer pressure.

Julie: “I can’t believe that I got up and sang in front of everyone at the party”
Robbie: “Well, you have a beautiful singing voice – you just needed to be egged on a little bit.”