Cut to the Chase: Origin and Meaning

Meaning
To talk about the important parts of a subject and leave out details that are unnecessary or not important.
Origin 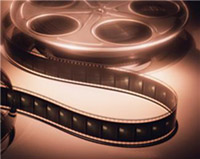 This idiom originated in the 1920s when many silent movies ended with a chase scene (e.g. a car chase). If the film was being shown and the audience seemed to be bored, the director would often “cut to the chase” and skip straight to the chase scene, usually the most exciting part of the film.
Examples
“I know you’re busy so I’ll cut to the chase – you need a new car engine.”

“After a few minutes of small talk, we cut to the chase and started the negotiations.”

Jodie: “So then we went to a nice restaurant. I ordered a salad and he had a burger. The salad was ok but I was quite jealous of his burger – it looked delicious. I really hate being on a diet. We were talking about our jobs and…”
Emma: “Oh cut to the chase! Did he ask you to marry him or not?!”
Jodie: “Yes, yes, he did!”
StartNEXTPREVEnd